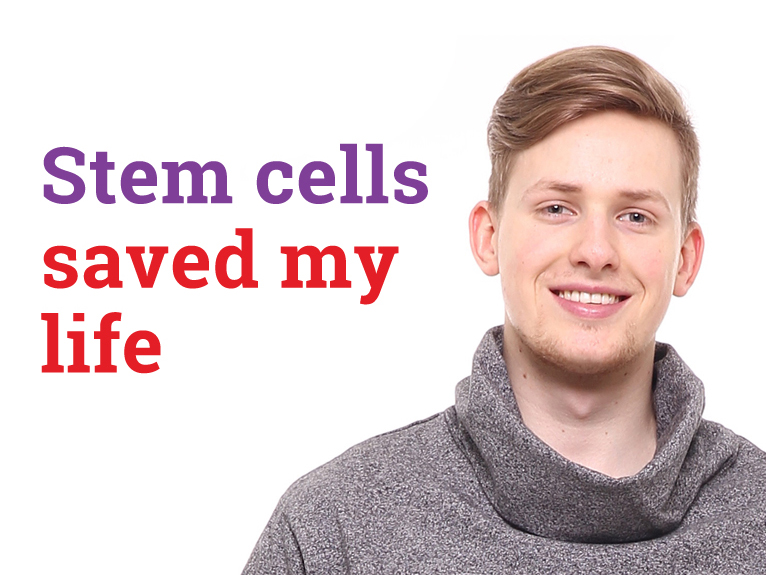 Johnathon was 16 years old when he was diagnosed with leukaemia in 2011. Umbilical cord blood stem cells saved his life.

Johnathon’s mother, Jacqui Albans tells us more: Johnathon hadn’t been very well – he was very tired and losing weight, and it got to the stage where he didn’t have the energy to walk. The next day he couldn’t get out of bed. I went to check on him and found him unresponsive, which was terrifying. I also noticed bruises on his chest so I called an ambulance and they sent a first responder to come and assist. The emergency teams were great, and in hindsight I think they saved his life in the back of the ambulance. At the hospital Johnathon was given a blood transfusion while a nurse explained to me that they were doing tests to see if he had leukaemia. The results confirmed the worst and he was transferred to Sheffield’s Royal Hallamshire Hospital almost immediately to begin treatment. Johnathon underwent a lot of different treatments. He didn’t respond to chemotherapy so they began radiotherapy. We also looked into the possibility of a stem cell transplant from a donor in America, but it didn’t work out. We had a meeting with our Consultant, Professor Snowdon, where he explained about another treatment we could try which used the stem cells from a baby’s umbilical cord. It was Johnathon’s last chance so we gave it a shot. The transplant team used radiotherapy to kill the cancer cells, then attached a bag of cord blood. His blood cells were very slow in responding, but we were thrilled to find out it had worked. Johnathon is now 24 years old. Every year he has to have a big blood test to make sure the leukaemia hasn’t returned, but thankfully he is still in the all clear. I want as many people as possible to learn about this amazing treatment – it saved my son’s life. Our team of specialists were talking to experts from around the world to get the best care for Johnathon and I can’t thank them enough.

Some types of leukaemia have such a poor prognosis that they require a bone marrow stem cell transplant to offer any chance of a cure, but there is not always a suitable donor available. This is where the umbilical cord blood stem cell transplants, taken at the time of birth, can be of great value. The umbilical cord blood stem cells can be transplanted in a similar way to bone marrow stem cells, and provide a potential cure when there is no other donor available. In most cases we need more than one umbilical cord blood to provide sufficient cells. After a transplant there are many months and years of ongoing monitoring and treatment before we can confidently say that it has been successful and patients are cured, but we are optimistic.